Davidson’s Mains and District Pipe Band was formed by Pipe Major Clare Miller in 2010 and was one of the first new independent Edinburgh bands for pupils at local authority schools. The band is now in it’s 5th season as a competing band and next year will join Grade 4A.

The majority of the 26 competing members in the senior band and 22 members of the intermediate band attend The Royal High School, Edinburgh and Davidson’s Mains Primary school with both piping and drumming tuition delivered in school by PM Clare Miller.

Playing in Hunting Stewart of Appin Tartan, 2017 was a successful season for DMDPB winning 27 trophies overall, the Grade 4 band qualified for 4 major championship finals and won three prizes. 2017 finished on a high being place 6th in Grade 4b at the World Pipe Band Championships as well as becoming Lothian and Borders Grade 4B Champion of Champions for the third year running. 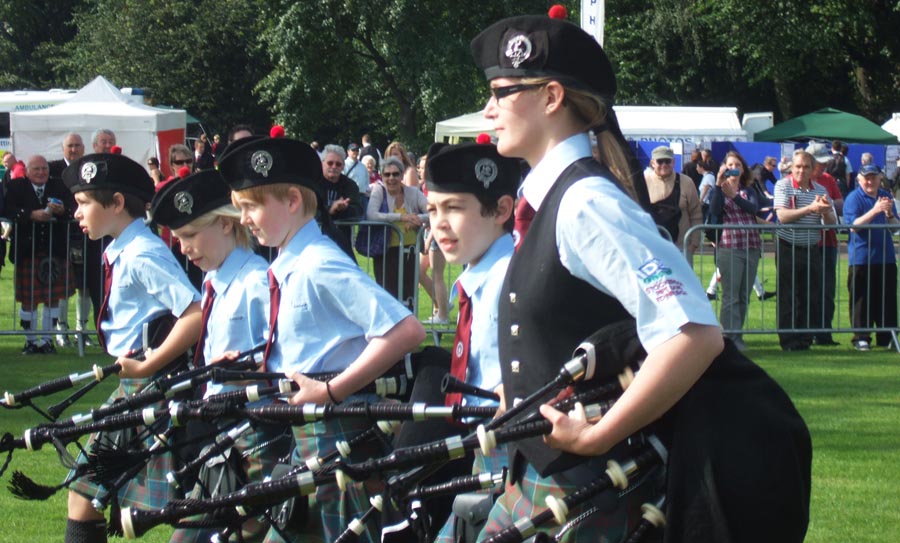 There have been so many opportunities in 2017 for the young people of DMDPB, they have been part of parades and celebrations across the city, performed with The Red Hot Chiili Pipers in Princes Street Gardens and spent the summer recording and making a video of their version of Ed Sheeran’s Castle on the Hill.

We are delighted to end the year with The Scottish Fiddle Orchestra as part of their Hogmanay celebration.